to overview
next news

Irvine, California: BayWa r.e. announces the completion of a 1.12 MW solar PV project for the City of Delano located in California’s Central Valley. The plant has a planned life span of greater than 24 years with projected cost savings of more than $4 million under the Power Purchase Agreement. The solar system, which required zero upfront investment by the city, was designed and built to provide optimal carbon free energy to power the City of Delano’s wastewater treatment plant. It will save the city more than $100,000 in the first year of operations alone. This clean energy option ensures residents will have reasonable costs for waste water treatment and helps Delano meet its clean energy goals for California cities.

Jam Attari, CEO of BayWa r.e Solar Projects LLC, stated, “The City of Delano’s progressive approach and forward thinking not only saves tax dollars for its residents but provides a safer and healthier environment to the local community and its families. The commitment to sustainable energy and the reduction of carbon emissions for a cleaner environment sets them apart as a leading city in the Central Valley”.  The system will serve as a long term hedge against rising energy costs for the City of Delano and was developed, constructed and financed by BayWa r.e.. The system consists of 3,640 solar modules installed on a tracking system that follows the sun throughout the day to maximize energy production.

Roman Dowling, City Engineer, commented on the development process, “Working with BayWa r.e. has been a pleasure. Since first receiving proposals from various solar companies over two years ago through project completion, the BayWa r.e. team has worked with the City with refreshing professionalism and integrity. The City looks forward to enjoying many years of significant savings from the project”.

BayWa r.e. and Delano city officials celebrated the completion of the solar project with an on-site ribbon-cutting ceremony. 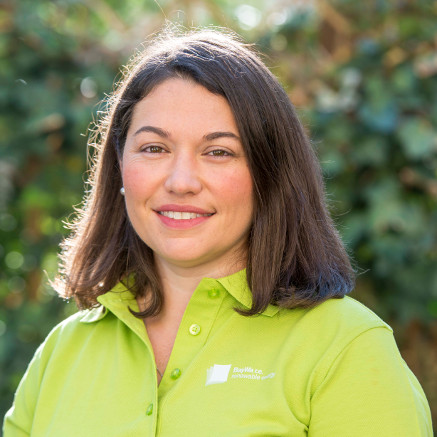 For more information on this and your rights as a user, please see our data protection declaration which you can also access at any time from the footer on our website.